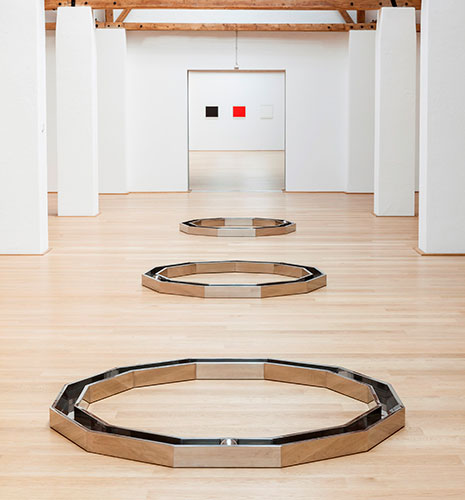 These are a series of key works by the American artist Walter de Maria (1935-2013), who since the 1960s influenced country art, conceptual art and minimalism, and on the other, an internationally uniquely broad overview of the creation of the early Deceased Blinky Palermo (1943-1977), who as "James Dean of Art" (time) remained a deviousness mystery to the art market of his time.

The new hall will now also have the last of the three original buildings of the art of the Muna period and made available to the public.