Chieming is now also on the map of the "Oak Planting in Honour of Joseph Beuys" campaign and sets an example for community action for the benefit of society and nature.
In bright sunshine and a Bavarian blue sky, an oak tree was planted in honour of Joseph Beuys on the picturesque shore of Lake Chiemsee, directly in front of the Mother and Child Clinic. Dr. Friedrich Mumm von Mallinckrodt, an agricultural economist who works in the field of development aid, Gisela Sengl, a member of the Green Party in the state parliament, and Herbert Stahl, in his function as chairman of the Traunstein Art Association, were involved as tree sponsors. In an exemplary way, the four areas that Joseph Beuys wanted to sustainably connect with his art project were combined here: social commitment, ecology, politics and culture.
They supported the planting team of the local building yard with the energetic help of Mayor Stefan Reichelt and pupils of the primary and secondary school in Chieming. As a ceremonial finale, the new planting was finally watered with fresh Chiemsee water.

PHOTOS OF THE OAK PLANTING 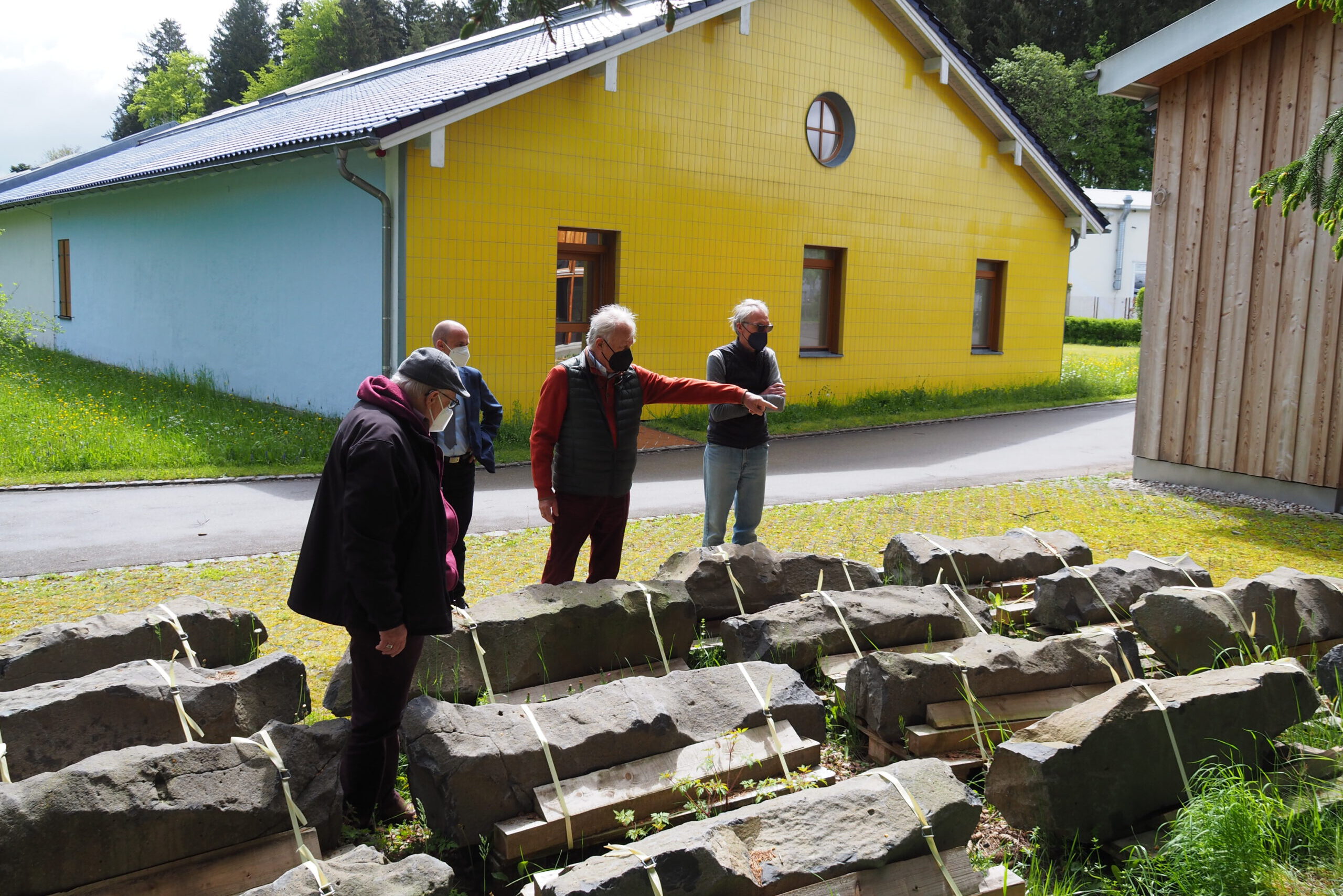 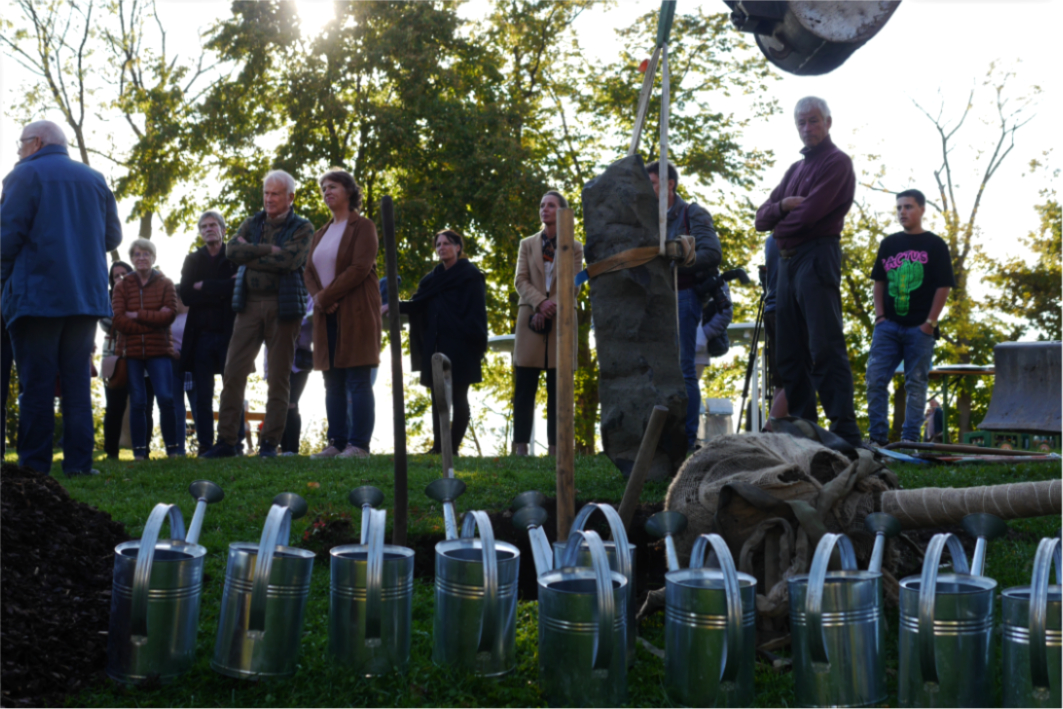 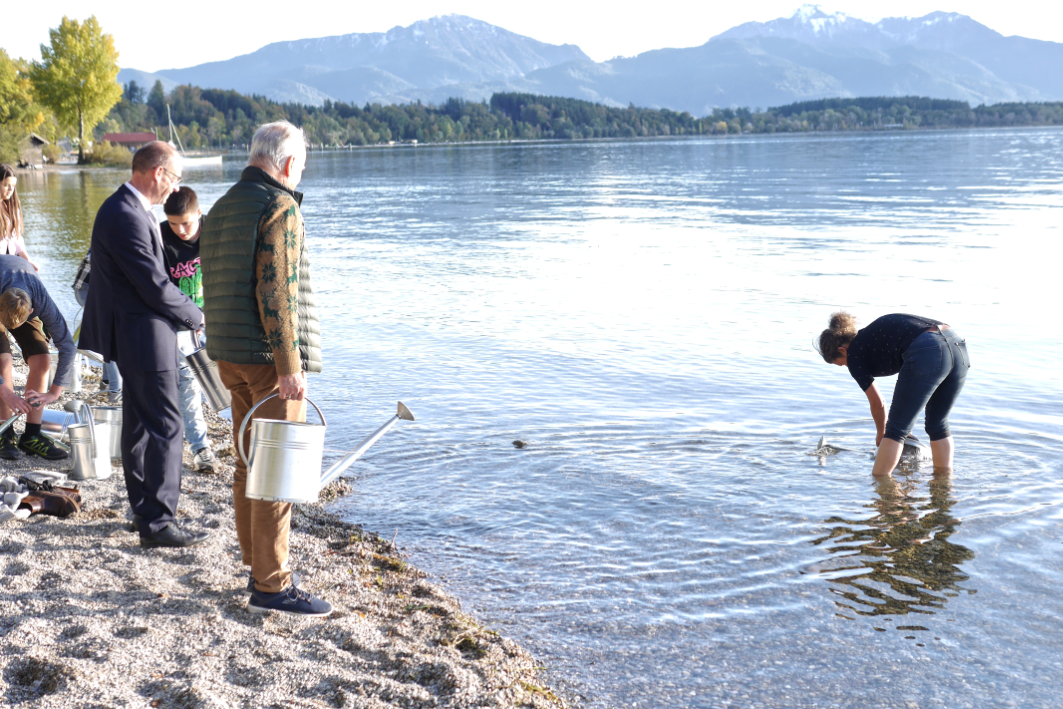 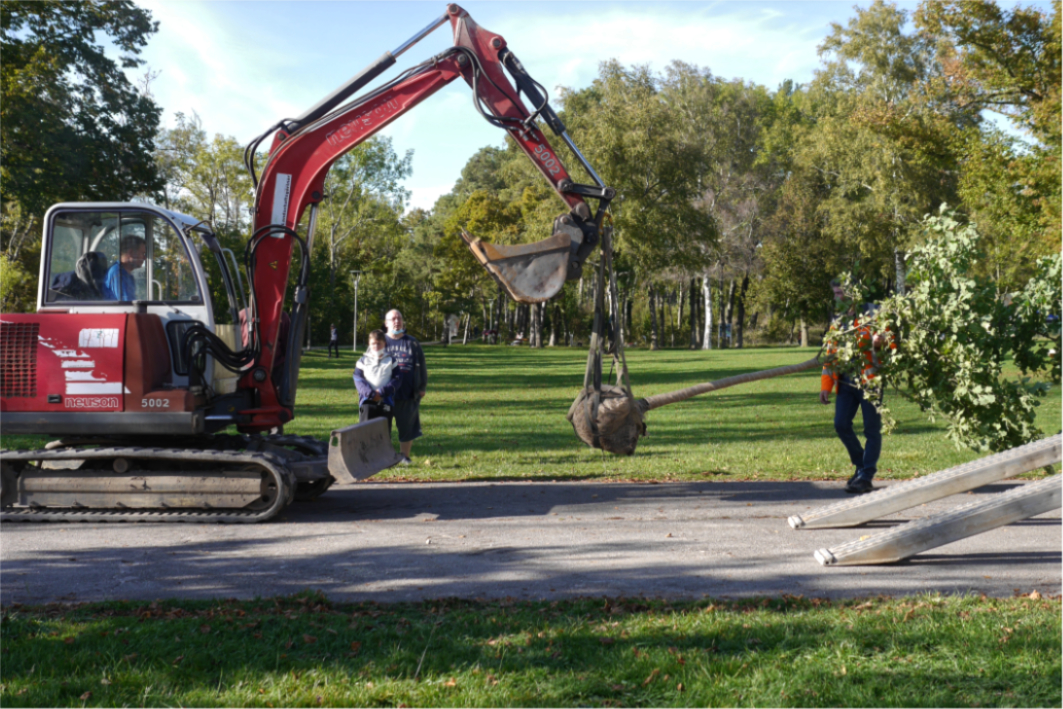 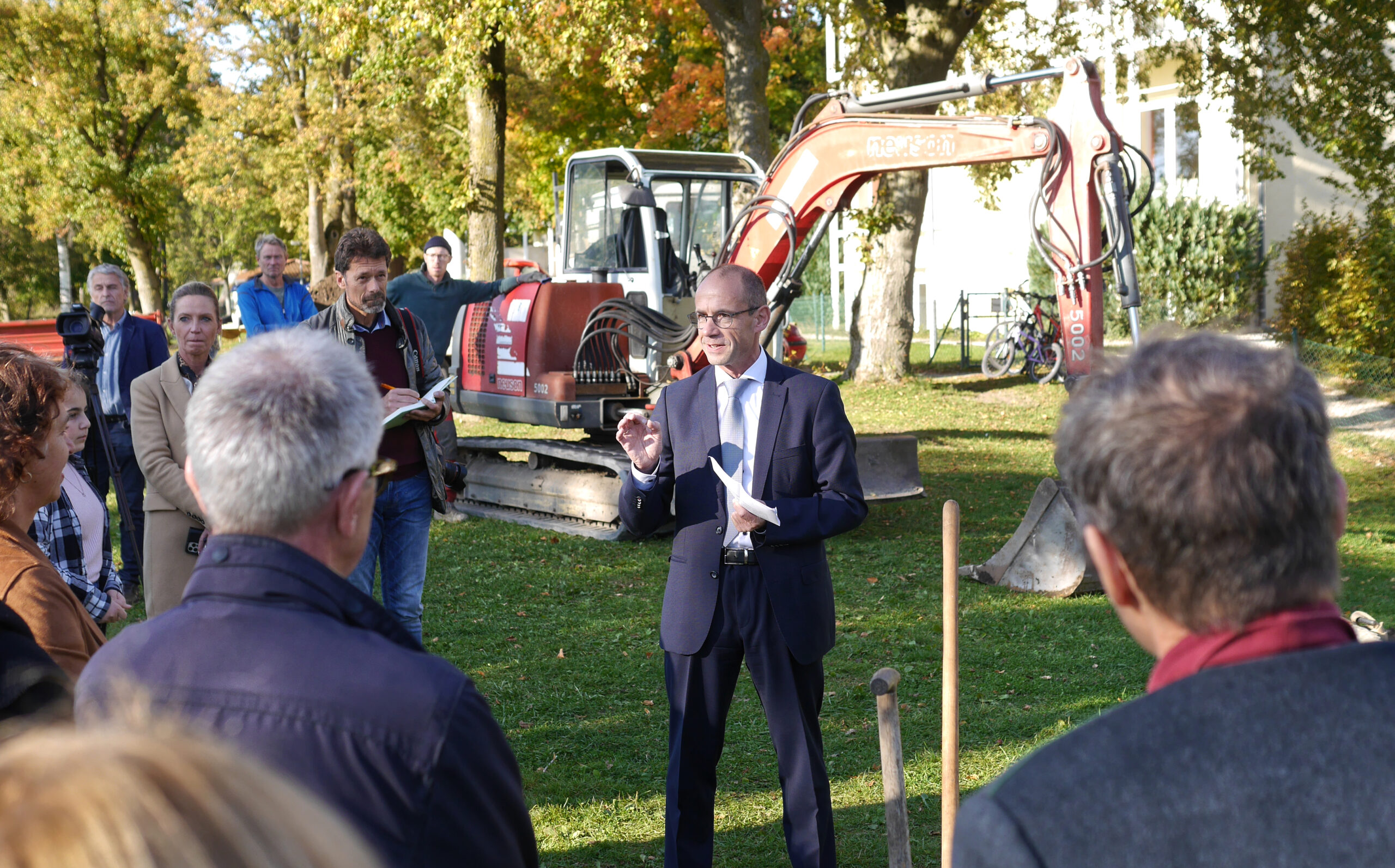 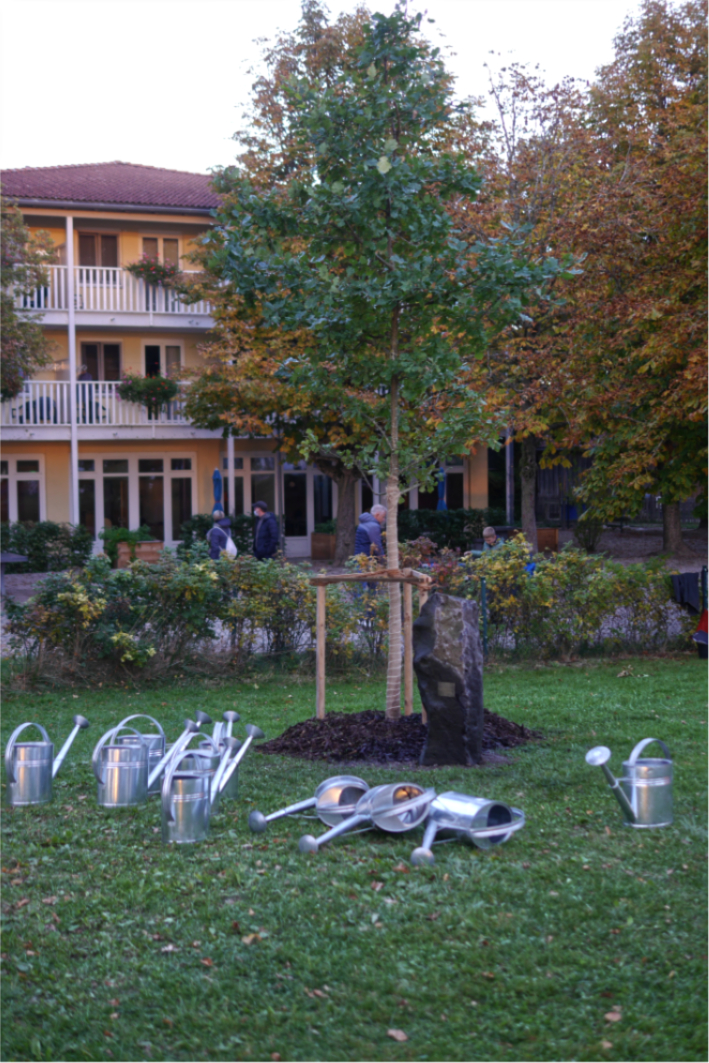 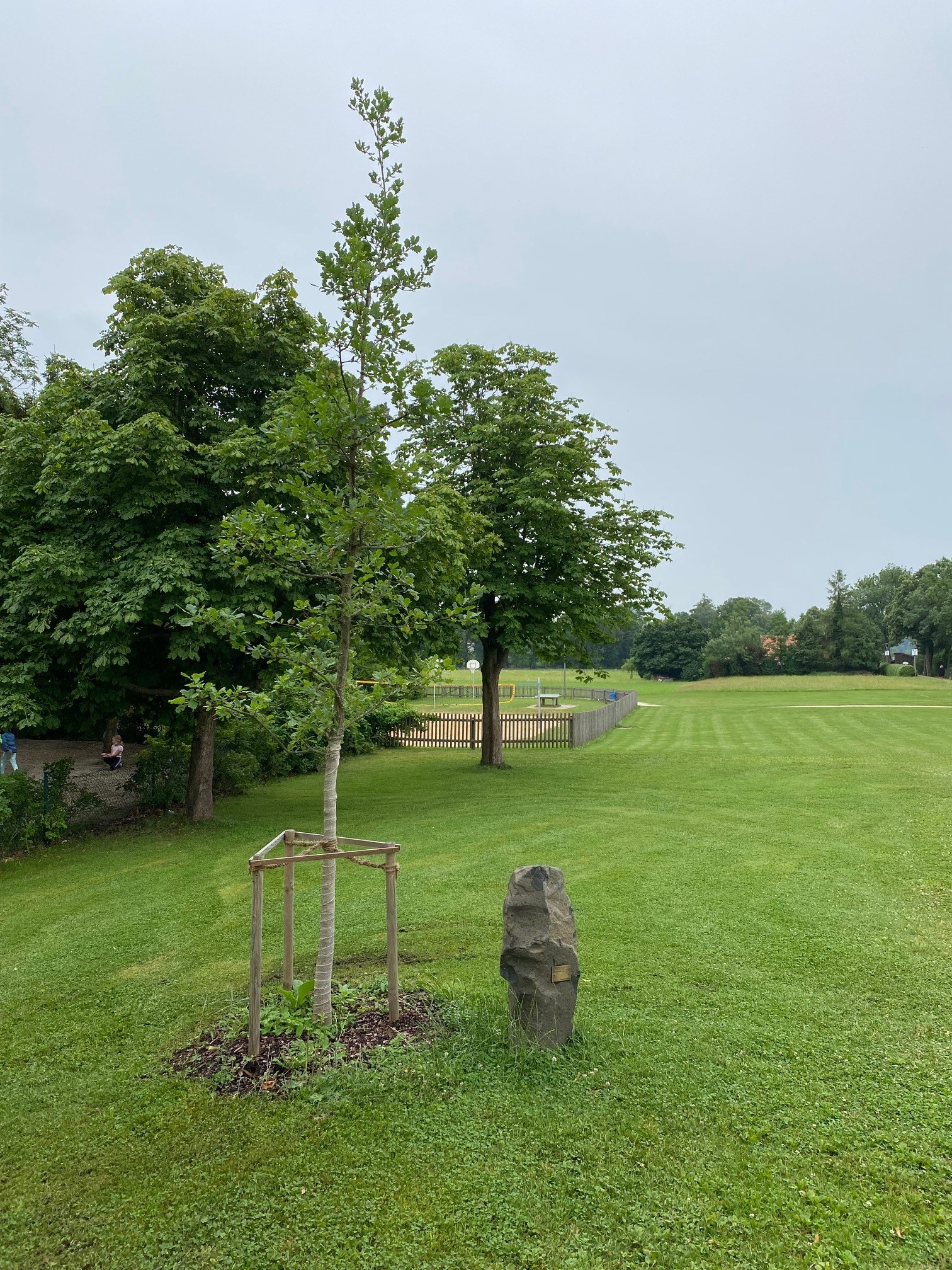